Entrepreneurship is the most powerful economic force known to humankind! The “entrepreneurial revolution” that captured our imagination during the late 1990s has now permeated every aspect of business thinking and planning. As exemplified by the “dynasty builders” of the previous decades, be it Dhirubhai Ambani of Reliance or Bill Gates of Microsoft, the applications of creativity, risk taking, innovation and passion lead the way to economic development far greater than anyone could imagine. The 21st century presents newer and sometimes more complex challenges than ever before conceived; however, the entrepreneurial drive and determination of our yet-to-be discovered “dynasty-builders” will be our greatest solution.

A recent survey published in The Times of India (ToI) describes the Indian Youth as ‘cool, confident and even a little complacent’. The youth today, in marked contrast to his ilk of the pre-reforms generation, is not worrying about the future. The survey found only 7 per cent of the Gen-X Indians worried about finding employment and mere 5 per cent anxious about financial stability. Interestingly the study found that youth across India want to be wealthy, successful and educated, they want to achieve this through a range of business choices. A good number want to venture into business ownership and information technology. Entrepreneurship has been regarded as an important determinant of wealth creation. It was trading in ancient times, labour-dominated production in the medieval age, technology-enabled manufacturing in the modern times and services and knowledge-oriented in the post-modern era. The all-important question that needs to be answered is why entrepreneurship not picking up in India at the pace that is required? 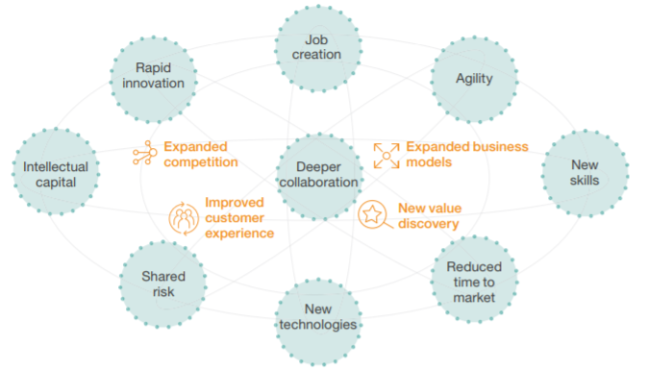 India can make rapid strives if entrepreneurship and innovation gets due importance in national economic policies. The growth of Japan, South Korea, Singapore and other leading Asian economies can be largely attributed to entrepreneurship. The point to be noted here is that a culture for facilitating entrepreneurship is to be fostered. Culture, like personality, has both content and pattern. Just as mere testing of the separate traits of an individual does not describe his personality, so the mere listing of the separate institutionalized ways of a society does not describe its culture. Two cultures, just as two personalities, may contain highly similar elements and yet be extremely unlike one another in pattern. It is this pattern, the arrangement of elements, that is critical.

In the recent times, we can witness new age entrepreneurship is beginning to spread benefits beyond traditional locations into regional economies. Startups are upending established business models and creating new markets through innovation and creativity. The industrial sector has paved its way for the entry of various startups – such as Zoctr and HealthKart in healthcare, Paytm and FreeCharge in financial services, Ecolibrium Energy and Glowship in energy and utilities, and Jugnoo and Ola in travel – threaten to disrupt established businesses. Startups are redefining the Indian economy and is a step toward developing an entrepreneurial culture. India, with its favourable demography, open economic environment, abundant resources and talent, is highly conducive to entrepreneurial activity. However, India’s startup economy is at a nascent stage and has not reached full maturity.

Many startups die in their infancy. More proactive engagement between startup and established organizations can help startups strengthen their business models, accelerate growth and leapfrog into the big leagues, while enabling established companies to share in the entrepreneurial spirit of innovation and agility. Their mutual success will drive India toward an ever-more dynamic future. In doing so, they can act as catalysts for innovation and collaboration throughout India’s business ecosystems. By fomenting and directing innovation, startups not only can transform the way industries and customers interact, but redefine India’s economy as a whole. The key to this transformation can be attributed to the nurturing and further maturation of the startup economy, which requires the participation of crucial ecosystem stakeholders. Thus, established companies, startups, venture capitalists, angel investors, government and higher education institutions all have roles to play in contributing towards India’s startup economy and developing the economy as a whole.

A robust startup community will not only help to improve the vitality of the Indian economy but will also provide a gateway to systemic economic transformation. We should be able to leverage innovations from startups or collaborative efforts between startup and established businesses to address chronic economic challenges. Thus, benefits which the startup culture can reap to businesses and the Indian population at large are immeasurable. This will enable India to consolidate its place as a leader in the global economy.